The FACTS are clear on tobacco AND vapor products:

Underage youth report getting access 80% to 90% of the time through “social sources” — the gifting, proxy purchase by another, or transfer from one to another, such as “bumming” or “borrowing.”

There is significant research on “social source” youth access to age-restricted products, including:

The CDC conducts a survey of middle school and high school students every two years on their risky behaviors, such as drinking alcohol, smoking, vaping and where they usually get their e-cigarettes.

The CDC Youth Risk Behavior Survey (YRBS) revealed in their data for both 2017 and 2019 that students under 18 years old reported their usual access to vapor products was through non-commercial means — 88% of the time (2019) which is a increase from the nearly 80% of the time two years earlier (2017). View downloadable PDF.

These “social sources” of bumming, borrowing, giving someone else money, etc. are how underage youth report usually getting their e-cigarettes and vaping products.

An examination of the commercial access "bought them in a store” data reveals underage youth report usually obtaining their vapor products 8.1% of the time through this avenue (YRBS 2019) which is a decrease from the 13.6% reported in the YRBS 2017 data. 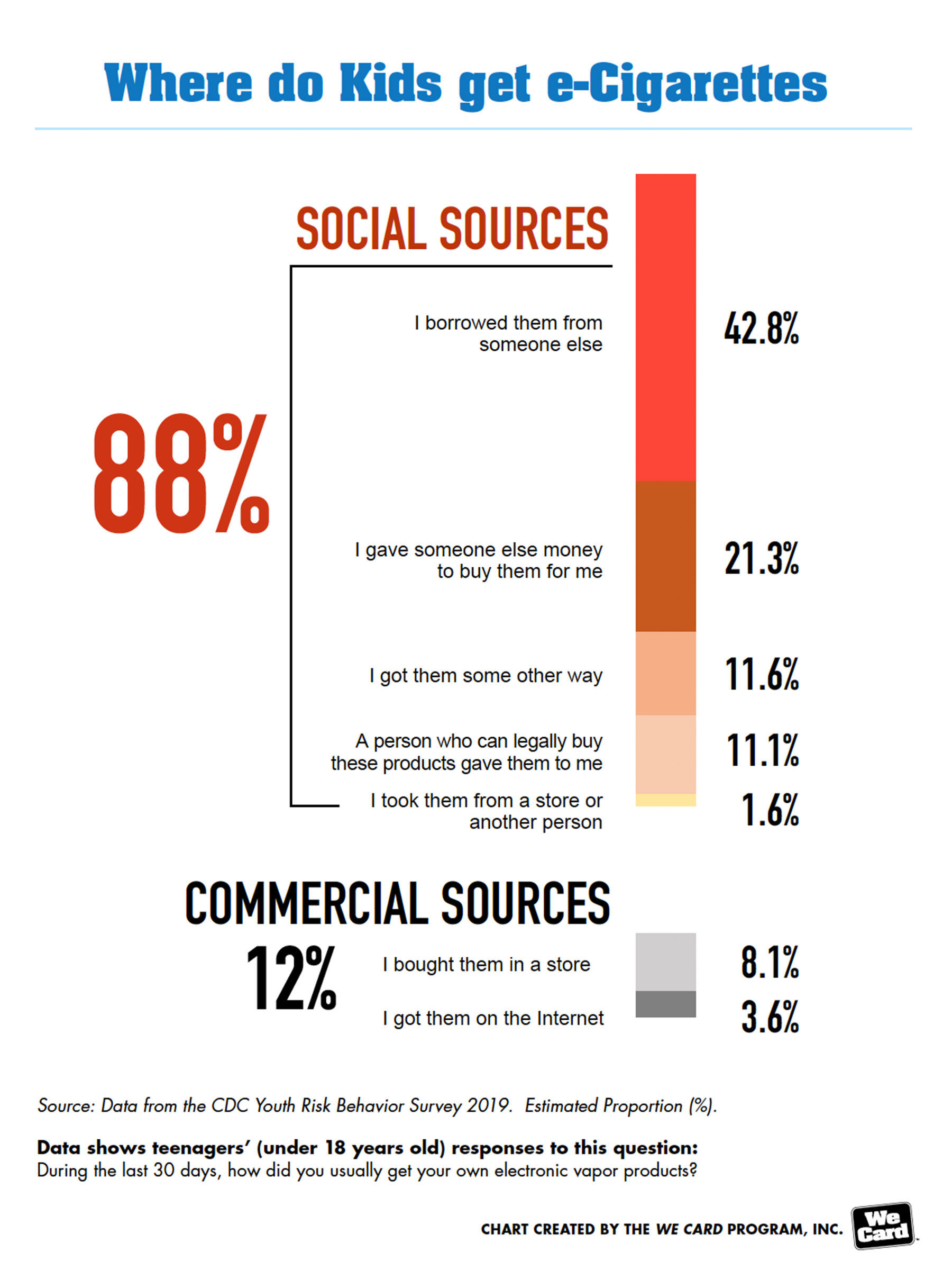 The Population Assessment of Tobacco and Health (PATH) study is a long-term study of tobacco use and health. It is a collaborative effort of the FDA and the National Institutes of Health (NIH). PATH studies show the predominant access points are social source related. View downloadable PDF. 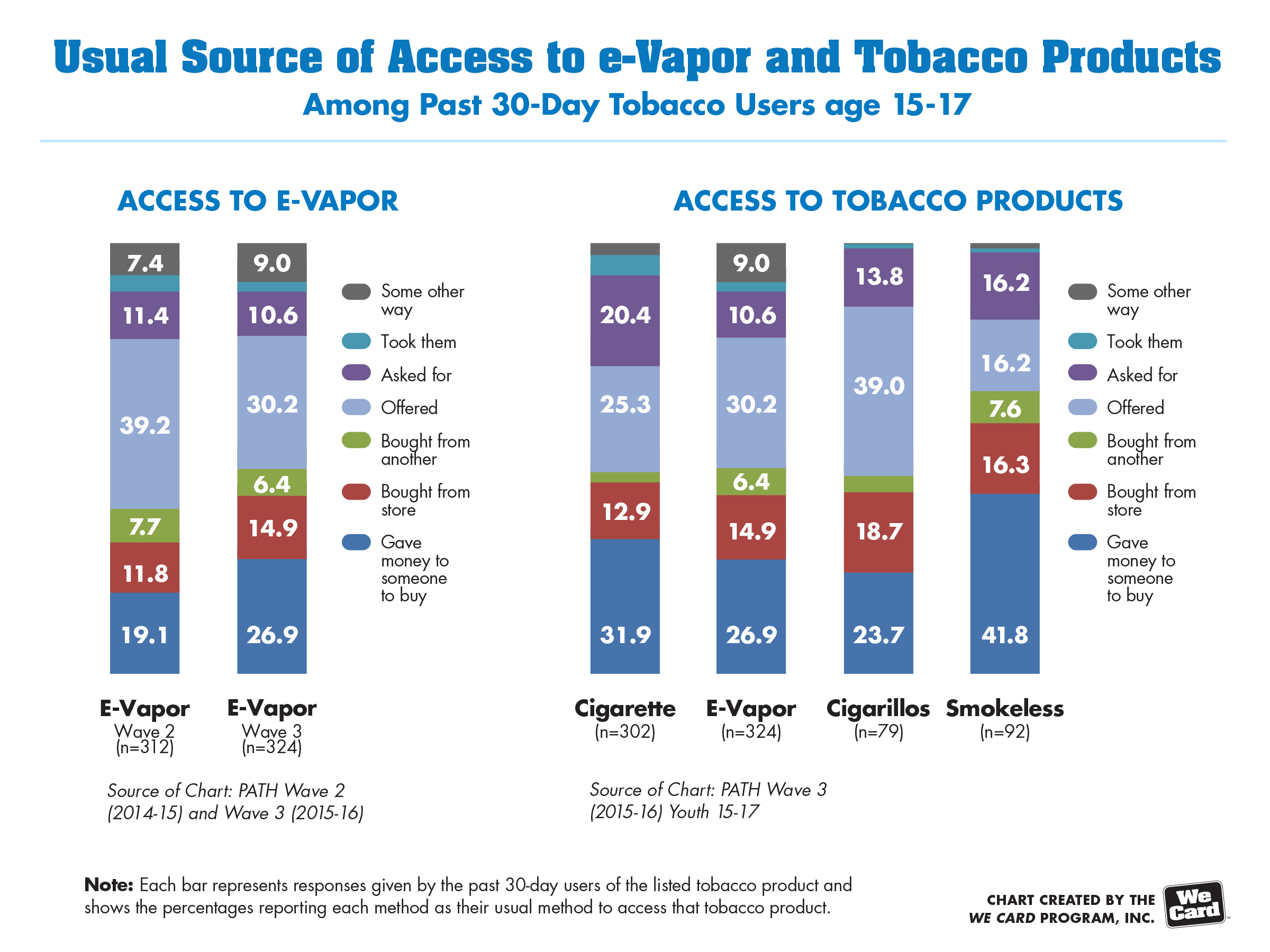 Academics at many universities who specialize in tobacco control research have published extensively on how teenagers get access to tobacco. Some research goes back 20 years.

In the past few years, academics have studied teenagers’ access to e-cigarettes and vaping products. Both the tobacco and the newer e-cigarette research point to non-commercial sources as the predominant way kids obtain these age-restricted products. View downloadable PDF. 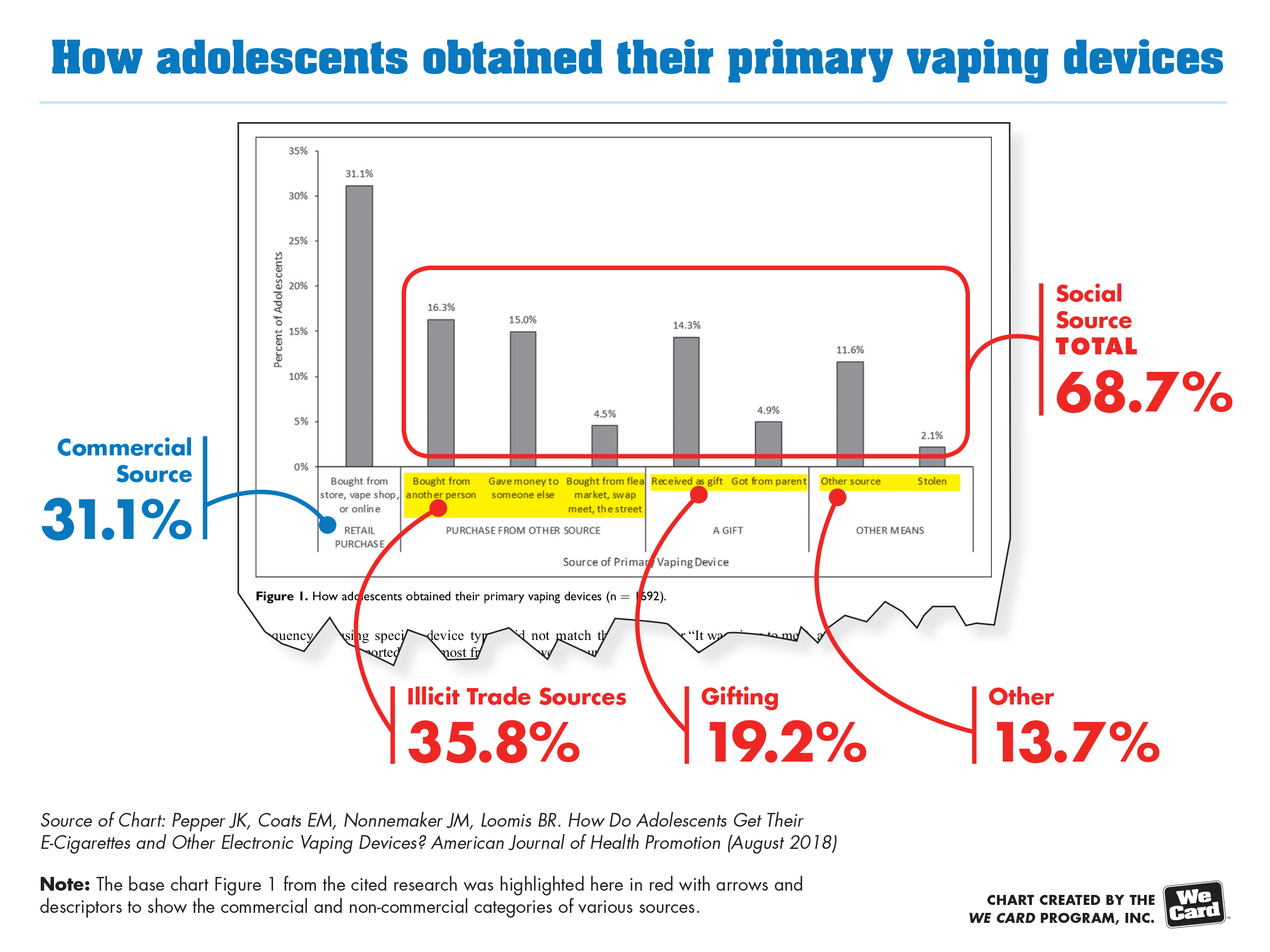 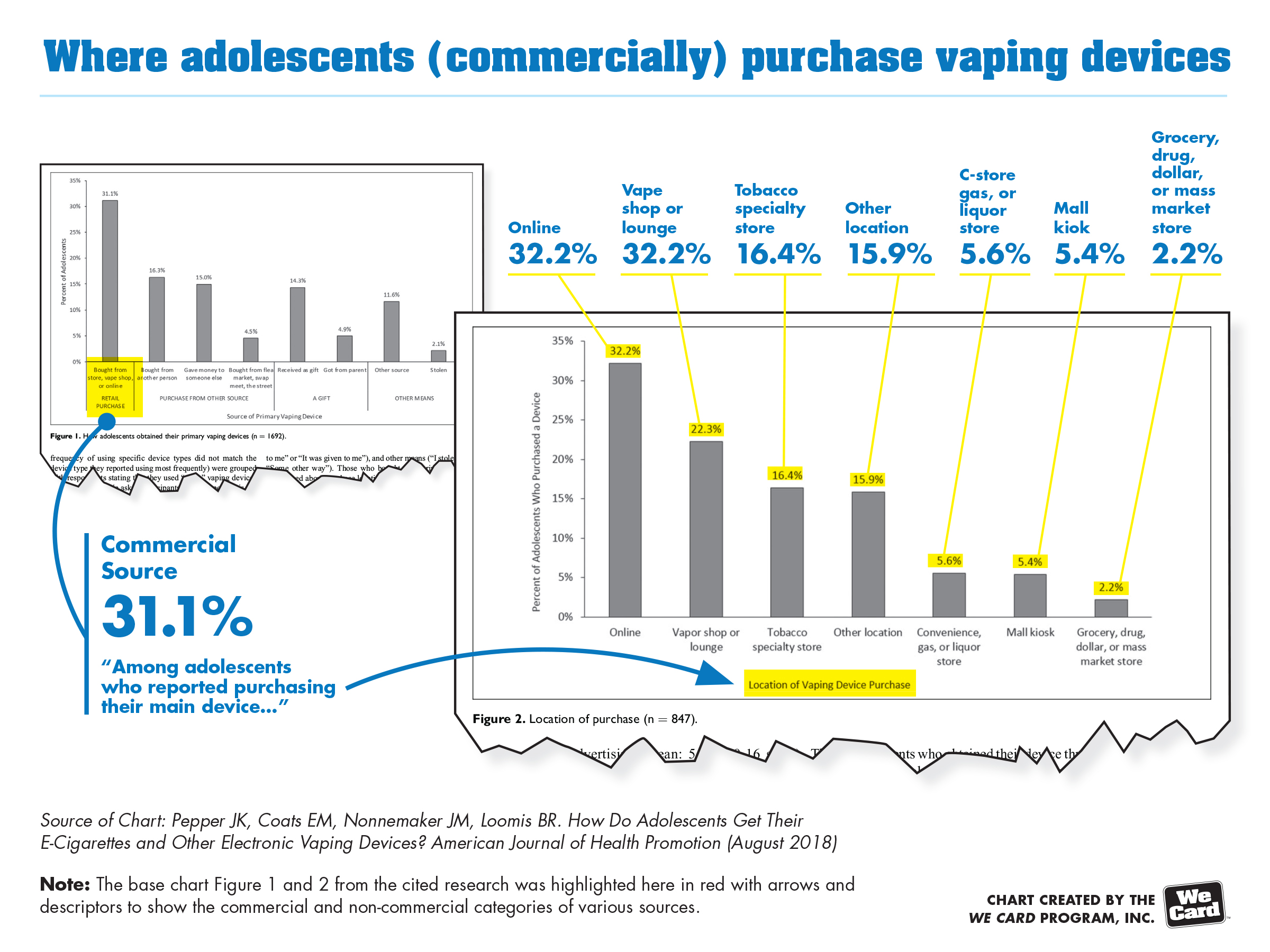 For 20+ years, research and data identified the “social source” cigarettes problem. Here are some relevant quotes from the many studies on this subject.

“Instead of just preventing stores from selling to minors, interventions would need to prevent a diverse group of family members, friends, and strangers from overtly or unwittingly providing cigarettes to minors.”

“For both minors and those over age 18 years, friends represented the main source of tobacco products (54.9%), with adolescents significantly more likely to obtain hookah, e-cigarettes, and cigarettes from a friend than any of the other sources addressed.”

“Bonnie Halpern-Felsher, a developmental psychologist and professor of pediatrics at Stanford University, says that teens vapers’ first stop isn’t at stores. “The majority of youth get their products from each other, and second from smoke or vape shops. Youth are not getting them from convenience stores,” she says.

“Because of the lucrative black market in teen social circles, even if the products are removed from most brick-and- mortar locations, it would only take an enterprising underage teen with a helpful older sibling (or simply an 18-year- old high-school senior) to keep a whole school stocked up on Juul pods.”

“When there are “crack-downs” on sales to minors at stores, many youth simply switch their usual source of cigarettes. Social sources have simply filled the void.”